HELPING YOUR CHILD IN OVERCOMING PHOBIA 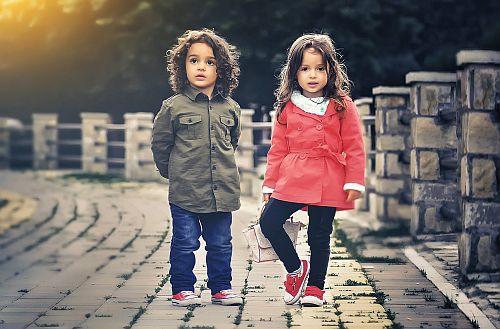 It is normal for children to sense fear about certain events or circumstances like being in a school play, passing a growling dog, or sleeping in the dark. But more often than not, these fears are exaggerated and even irrational. Some children can develop a very serious irrational fear that can be clinically considered as phobia. In medical terms, phobia refers to a type of anxiety disorder. It is a strong, irrational fear of something that poses little or no apparent danger. This is a form of fear that does not go away as easily as the more common occurrences like seeing a monster in a horror movie. If a child has a phobia, his or her sense of security and well-being is affected.

Most children normally go out of their way to avoid a seemingly scary situation or object. In case the situation or object of fear becomes unavoidable, children may experience panic and fear, rapid heartbeat, shortness of breath, trembling, and a strong desire to get away from the thing or event that makes them scared. Sometimes, they already feel chest pains and dizziness once they entertain the thought that something bad or scary is about to happen. Losing control of the situation, kids who experience panic attacks because of their phobias would often fail to think straight and would even think that they are going crazy.

Among the different types of phobias, the most commonly diagnosed form is called social phobia. This can make someone feel scared of being embarrassed in front of other people. Children can have this phobia and would be scared of talking to the teacher, or will get scared of walking into the front of the class for their show and tell. Children can also have phobias about spiders (arachnophobia), or fear of being in an enclosed space such as an elevator (claustrophobia), and even fear of taking a shower (ablutophobia).

There is still no solid research that details how and why children get phobias. Scientists claim that a person’s genes may have something to do with development of irrational fears. Traumatic events in a child’s life may do more to cause a phobia. Majority of people can be treated with regards to their phobias. Some may respond to treatment after a few months, while others may take a year or more. Treatment is sometimes complicated by the fact that some people often have more than one phobia, or may be suffering from depression. Although phobia treatment is based individually, there are several standard approaches that have been proven effective by therapists and psychologists worldwide. Behavior therapy is done by modifying and gaining control over the child’s unwanted behavior. This kind of therapy gives the child a sense of having control over their life. Cognitive therapy on the other hand, deals with changing unproductive or harmful thought patterns. The child examines his or her feelings and learns to separate reality from unrealistic thoughts. By doing relaxation techniques, children with phobias would develop the ability to cope with the stress that contribute to their phobia, as well as with the physical symptoms of such. These are just some of the effective therapy treatments that a child can get in order to stop their phobias, making them more open to life and what it has to offer.

Above all, love and consistent show of affection is needed. Don’t withhold that! its just a phase it would pass.

How To Pick The Perfect Baby Girl Name In India

When Should My Baby Start Talking? 3 Questions Parents Should Ask Themselves!

How To Take Care Of A Premature Baby?