I was convinced my baby was switched at birth 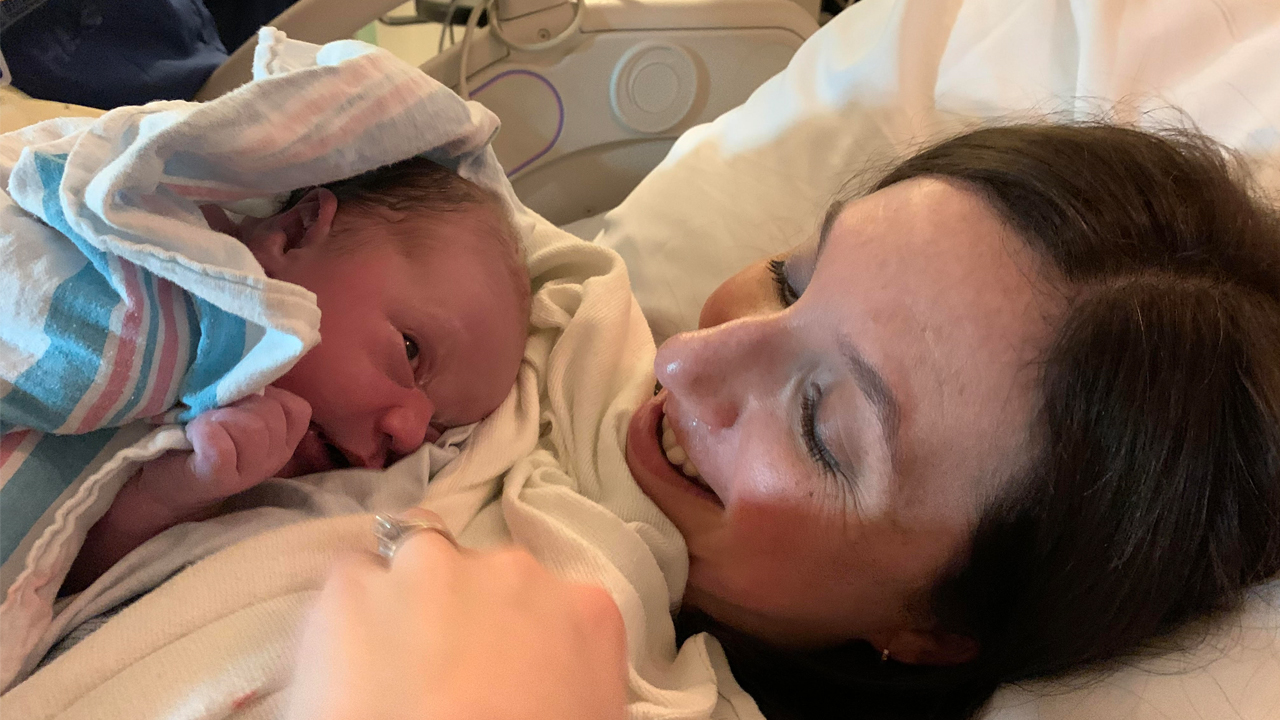 In the months after my second baby was born, I would often look back at the photos from the first time I held him. The nurse had just placed his warm, wriggly, wet body on my chest. I wasn’t scrolling through my phone because I wanted to relive the moment I laid eyes on him, but because I needed to look at his face and make sure it was the same baby I’d just put to bed.

Yes, I’d reassure myself, there are his big, soft, squishy lips—the same ones the technicians cooed over in all my late-term ultrasounds. There are his slender fingers curled around the hospital blanket—the same fingers that now push his toy trucks across the floor. There’s his fair hair, his friendly eyes, his chubby cheeks.

“And you’re positive,” I’d ask my husband for the umpteenth time, “that the baby and I were never separated?”

“You were never apart,” he’d reply, even though I already knew my son was never out of my sight at the hospital. Then I’d take a deep breath, and try to stop worrying that maybe my baby was switched at birth.

Almost a quarter of new moms in Canada experience symptoms of postpartum depression and anxiety. I’m well-versed in the symptoms of anxiety, having lived with the condition for years, including after the birth of my first son. So, I felt prepared to recognize the warning signs as I was pregnant with my second, and I had armed myself with the tools and supports to cope.

The fact that I didn’t feel like my own baby’s mother—more like I’d been given a sweet, chubby little meatball of a boy to care for—well, that was a little more disconcerting.

Feeling disconnected from your baby and having difficulty bonding are common symptoms of postpartum depression, and I knew this. But I didn’t recognize this was what I was feeling. All I knew was that I would walk down the street with my precious baby and feel like a fraud.

No one believes I’m actually his mother, I’d think to myself as people would smile at us. He didn’t really look like me, and I felt so old and exhausted that it seemed impossible anyone might think I was young enough to be his mom. Grandma, maybe. (For the record, I’m 38.)

Or, I’d read articles about new moms and their babies, and think they didn’t apply to me, because I didn’t feel like a new mom. I’d already been a mom for four years. Now there was just also a new baby to keep alive.

I’d make jokes on social media and to friends about my baby being switched at birth. Who was this agreeable, fairheaded child? “I’ll keep him, whoever he is,” I’d write on Facebook, half kidding. But then, after he was asleep, I would pore over those photos and even his ultrasound images to make sure he was mine, the same baby I pushed out of my own body.

Unlike my quiet second-born, my first son entered the world roaring. He was loud from his first breath, which he took shortly after shredding my vagina. I remember looking in his eyes after the nurses laid him on my chest and thinking, “Oh, there you are!”

Everyone commented that he looked just like me, with his darker complexion, deep brown eyes, round face, and soft brown hair. Between the colic and the reflux, he screamed for the better part of his first three months of life. Like me, he feels things deeply, but unlike me, he makes his opinions known. I held him for about seven months straight, because he would only sleep on my chest. To this day, he clings to me fiercely, yells instead of speaks, runs instead of walks, and is a spirited, exhausting, absolute delight.

He is mine, and he is perfect.

My second son slid out of me on his own, saving me from the episiotomy the OB was about to perform.

“Hi,” I said with a laugh as the nurse placed him on my chest and the doctor shrugged and put her scalpel away. “You came right out!”

Everyone commented that he was beautiful, but nothing like me, with his silvery blue eyes, fair hair, and kissably soft rolls.

He was content to entertain himself in the bassinet while I tried to keep his older brother from using the blender or running down the street naked. He rarely cried, he moaned with happiness when he ate, and he slept in his crib. At 18 months, he’s deliberate and independent, slow and steady, sweet and silly.

He’s perfect, but for a long time, he didn’t feel like mine.

It’s a terrible, shameful feeling. When I finally shared it with my therapist not long after my baby’s first birthday, she was the one to tell me I was probably depressed.

“Depression,” I thought to myself. “Well, that’s new.”

Depression snuck up on me, masked as new-mom exhaustion. I was tired in my bones, the heavy kind of exhaustion where you’re not sure you can physically get out of bed—but isn’t that just part of being a parent? I resented my husband so much for having a career and leaving me with two children all day that I would often wonder how he’d cope if I just disappeared. But don’t all those on parental leave feel that way?

Since that therapy appointment, I’ve been taking better care of my mental health. I was already on medication for anxiety, but now I make sure to rest, exercise, and check in with myself. I’ve also tried to be more present with my youngest son. I watch his eyes sparkle when I open his favourite book, his squishy lips curl into a smile when I sing “Itsy Bitsy Spider,” his hands wave with glee as he stomp, stomp, stomps across the floor.

I remind myself to put down my phone while I’m nursing (that grocery order can wait), and count his little piggies instead. He’s not cuddly in the traditional sense, but I’ve discovered he will gleefully play-wrestle me for hours, planting slobbery kisses on my face and shrieking with delight when I blow raspberries on his belly. Steamrolling me is his love language.

And my therapist gave me an exercise. At least once a day, when he doesn’t need anything from me, isn’t nursing or hungry or fussing, I’m to watch my baby and think to myself, “He is my son, and he’s amazing.”

Sometimes when I watch him, I notice how his chubby cheeks remind me of my own, how his hair is silky and fine like mine, how he quietly takes in the world just like I do, but then fearlessly takes what he wants from any situation.

The post I was convinced my baby was switched at birth appeared first on Today’s Parent.

Should I Get a Tattoo While Pregnant?