AN OVERVIEW ON ENDOMETRIOSIS 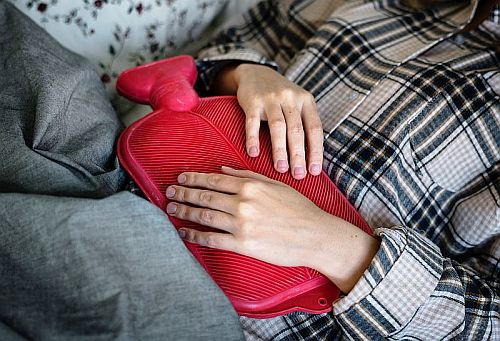 Endometriosis is most commonly related to the menstrual cycle, however, it is not cancerous in about 95 percent of cases. In endometriosis, a layer of tissue that lines the uterus normally thickens with blood, shreds through the vagina as the menstrual period arrives. However, this tissue is found outside the uterus attached to or embedded in the body tissues.

In such condition, fragments of endometrial tissue appears almost anywhere in the body except within the “uterus”. Most often, the ovaries, fallopian tubes between the ovaries and uterus, the vagina and the uterine wall followed by the abdomen, intestine, bladder, and kidney is the most affected. In some rare cases endometrial tissue is even found in the lungs, skin, surgical scars, certain nerves, the brain and the lymphatic system.

It develops outside the uterus and appears to be normal and stimulated by the estrogen hormone continues to perform its normal function selling to accept a fertilized egg, disintegrating when conception does not occur and sloughing off in preparation for the next cycle. During each menstrual cycle, the tissue bleeds just as the endometrial does. The trouble here is that the tissue is longer in the uterus where it belongs but anywhere else in the body. The bloody debris formed by the breakdown of the misplaced tissue has no way to escape. These tissues when accumulate produces irritation, inflammation and pain that could continue period after period. If left unchecked, the bleeding may create scar tissue that could even spread through the pelvis, twisting and attaching organs to each other thereby interfering with their proper function, filling the entire cavity and later producing a tumor like mass.

4 TRENDY AND MODERN HAIRSTYLES FOR WOMEN IN 2021

A NEW WAY OF DEALING WITH FATIGUE IN WOMEN