Due Dates, Thanksgiving, and Induction

Being in the third trimester of pregnancy is hard. If you’re overly pregnant and over being pregnant this Thanksgiving season, we hear you and we see you — and you’re not alone. Most parents report the last few weeks as the most difficult. Plus, being due around a major holiday brings additional stressors.

If you’re considering scheduling an induction because you’re tired of being pregnant or don’t want to go into labor around the holiday, or both, please learn as much as possible about the reality of induction, including the risks.

Induction probably isn’t what you think it is. It’s true that scheduling an induction allows you to feel like you have more control over the when and how of your birth, but for many people who get induced, the reality feels like anything but being in control.

Induction is an artificial starting of labor, which also means it is a process that requires several medical interventions. Everyone who is induced will need continuous electronic fetal monitoring and an IV, both of which limit movement, and most people also require one or more medications inserted vaginally followed by a long period of waiting for labor to begin, and often, an epidural is needed due to the added intensity of contractions.

During an induction, the process of labor and birth may take a significantly longer time because your body and baby may not have been ready to go into labor. It’s not uncommon for an induction to “fail,” meaning that instead of resulting in a vaginal birth, a cesarean becomes necessary, which happens up to 20 percent of the time (Source). In some cases, depending on you and your baby’s health and your care provider’s support, you may have the choice to come back and try it again on another day.

You must decide: are the risks are drawbacks worth it for an induction without medical reason? A medically-necessary induction means there is a medical reason that makes induction safer than waiting to go into labor on your own. Medical reasons for induction include:

Getting induced before the Thanksgiving holiday may sound like a good idea. In fact, the rate of inductions before a major holiday notoriously skyrockets across hospitals in the United States. But it’s critical to consider the risks and drawbacks. If the driving reason to schedule induction before Thanksgiving (or any major holiday) is to avoid the possibility of going into labor on the actual holiday, getting induced and having your baby before the holiday still means “missing out” on a lot of the typical celebrations since your attention and focus will be on recovery and caring for your baby — and SLEEP.

Getting induced comes lots of risky and frustrating “extras” compared to letting labor begin on its own. Learn the facts and think about your options before making the decision. 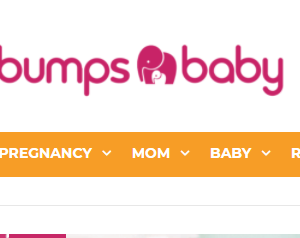