Top 10 Must-See Movies For Every Kid 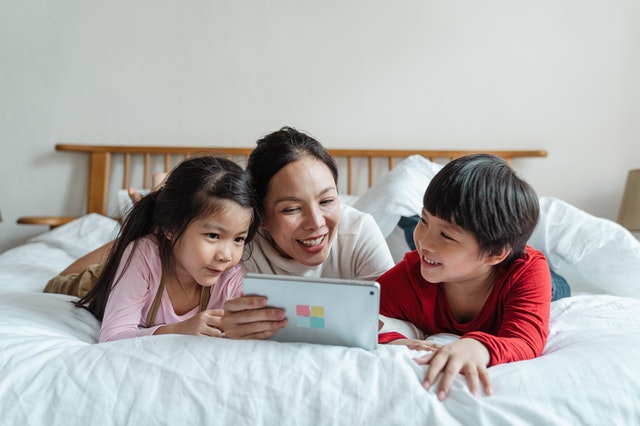 Children in their formative years doubtlessly need to have loads of fun and excitement, and one crucial way to achieve that is by allowing them watch movies. However, parents are sometimes unsure of the kind of movies to expose their kids to, as they do not want them inculcating unhealthy behaviours.

Movies play a significant role in your child’s development as it performs an array of functions ranging from educating them, to enlightening them about history, folktales and folklores, keeping them abreast with various cultures of the world, as well as spurring the desire for more information, thereby encouraging a reading habit in them.

Visuals have been proven to be powerful, impactful and memorable as children tend to remember what they view. This therefore makes it crucial for parents to ensure that their children view the right and appropriate contents. Here are 10 top highly recommended movies for your kids;

Snow White and the Seven Dwarfs

This is a classic fairytale created in 1937 that tells the story of a beautiful Snow White with a step mother that grew jealous of her and her beauty, and plotted to kill her through poison. Snow White then falls into a deep sleep and can only be woken by a kiss from a Prince. You get to learn lot of morals from this movie as it teaches the repercussion of being wicked, the danger of vanity and much more.

Coco is a movie based on real traditions and a real place in Mexico. Coco is one interesting movie your child needs to see. It was released in 2017. The movie pictures a young boy who is intent on pursuing a career in music, despite his family ban on it. In the process, finds himself in the land of the dead, but is later re-united with his family in the land of the living, with the help of his great, great grand-father. It teaches us to follow our passion, the repercussion in being disobedient and family values.

The Jungle Book was created in 1967, based on a collection of stories by Rudyard Kipling. It is a story of a young feral boy brought up by a family of wolves, who later decide to send him off to another village on hearing of the arrival of a deadly tiger.

Finding Nemo tells the tale of a young clownfish who escapes the grasp of his father. The father then set out to find his son, and is later joined by a blue-reef fish. The movie was created in 2003. It is a movie filled with thrills, excitement and suspense.

It has a captivating storyline that talks about a young, lazy, awkward panda, chosen and destined to save his land from attack. This movie was released in 2011. It is a movie filled with lessons your kids should learn.

It is a film series released in 2004. The movie details the adventures of a sea-sponge and his friends who lives in an underwater pineapple.

The Lion King was created in 1994 and inspired by two Biblical characters: Moses and Joseph. It is a story of a young lion who is to succeed his father but is faced with travails from his uncle who also contends for the throne. It is a movie filled with intrigues and lessons for kids, teaching them the dangers of jealousy, hatred, and the importance of love and unity.

Ice Age chronicles the events of a group of friends on a mission to return an Eskimo human baby to his tribe in order to prevent a group of tigers from getting a hold of it. The movie was released in 2002.

A young Snow Queen is imbued with exceptional powers and abilities to create snow and ice. Dissatisfied with her present situation, despite her abilities, she embarks on a journey of self-discovery. Frozen movie was created in 2013.

A Dinosaur meets a young boy in the world of dinosaurs and they become friends. This dinosaur later discovers his power and abilities.

These movies are filled with insights, values and lessons for your kids and are highly recommended. Now, weekends and holidays can be fun and exciting. You can also take your children to the cinema to see these movies as a family. Happy Viewing!

When do babies start seeing?

Menstrual Periods And Pregnancy: Can I Get Pregnant During My Period?