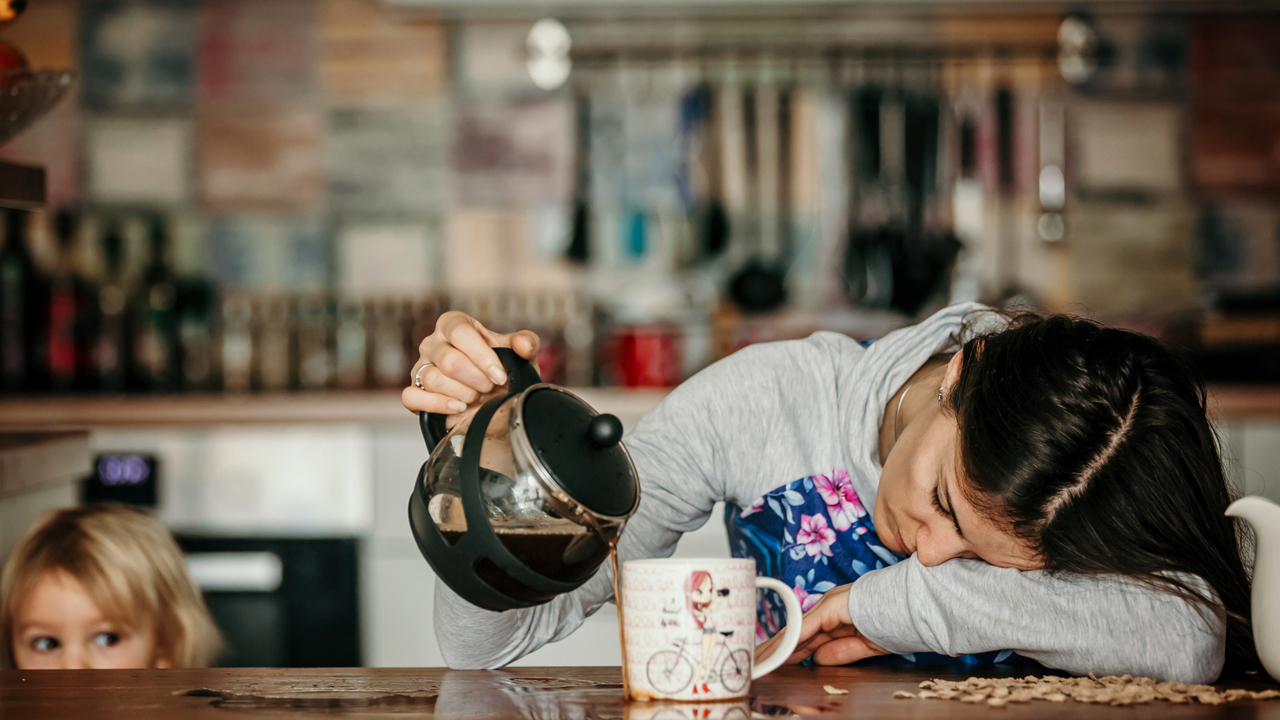 When you were 25, the “fall-back” time change meant an extra hour to stay out at night, or an extra hour to sleep in on a Sunday. Pure bliss. But when you have a baby, the excruciating 5 a.m. wake-ups you were dealing with before daylight saving time are suddenly unbearable, with your kid up for the day at 4 a.m. Something’s gotta give.

If you didn’t plan ahead and gradually adjust your schedule last week, don’t panic—there are a few things you can do starting on Day 1 if you didn’t prepare at all.

Now, let’s get their sleep (and yours!) back on track. Here are some tried-and-true strategies I use with clients.

Putting your child to bed later than they’re used to may result in some undesirable bedtime behaviour, like tantrums and meltdowns or wired kids who are bouncing off the walls. Remember, although it says 7 p.m. on the clock, it still feels like they’re going to bed at 8 p.m., so you may want to inch slowly towards their newly-adjusted bedtime. You can start by choosing something in the middle: put your kiddo to bed at around 6:30 p.m. on the clock (which will feel like 7:30 to them) for the first three or four days, and then gradually work toward a 7 p.m. bedtime if you find they’re handling the change well.

Don’t forget to adjust your nap schedule, too

The same goes for their nap schedule. If your baby’s first nap is typically around 9:30 a.m., you may want to offer 9 a.m. naps temporarily. And the same three- to four-day rule applies. If it seems like your child is struggling a bit—signs can include fussiness before naps, shorter naps or even skipping naps altogether due to overtiredness—you can go with a more gradual adjustment each day, following their tiredness cues. Just make sure you’re being consistent with bedtime and naps—try to adjust them all by the same amount.

Early mornings will be a thing for a little while

Since we have to slowly adjust our kids’ circadian rhythms, you can expect a few weeks of earlier mornings. Because your baby didn’t get the “it’s actually 5 a.m.” memo, try the slow and steady approach to your early mornings. If your child normally wakes at 6 a.m., but is now waking at 5 a.m., try waiting an extra five or 10 minutes in the morning before going to get them. Do this for two or three days, then add another five or ten minutes, and so on until you’re at your desired waking time for the day (a little bit of crying or whining is not a concern but if they get upset and become hysterical definitely go get them).

This helps because your child’s body responds to light exposure and food consumption—we all tend to wake at the same time we’re fed and shown sunlight. So the longer you can delay food and light in the morning, the longer your baby will begin to sleep in.

And remember, this is working hand in hand with the later bedtime you’ll be working towards. After a few days of adjusting, your kid will naturally start sleeping later to make up for the tiredness they feel.

A toddler clock is your BFF right now

Toddler and preschool parents can use some behaviour management strategies to adjust their kids’ early morning waking. For these clients, I always recommend an OK-to-wake style of alarm clock that lights up or changes colours in the morning. I like the Hatch Rest, which has an app that parents can use to set the desired wake time from their phone, slowly coaxing their kids to rise later without going in and adjusting the alarm clock each night or morning.

Let’s say your 6 a.m. riser is now waking at 5 a.m. after the clocks go back. For the first three days, try switching your kid’s clock on at the time they seem to start naturally stirring (you’ll need to set an alarm a few minutes before their usual wake time to catch them rousing, but it will pay off!). Go in and praise your child, or maybe even give them a reward for waiting for the clock’s OK-to-wake light, and make it a very big deal! Over the next three days, push the clock to 10 minutes later, and then for the next three days push it another 10 minutes, and so on. Your child will learn to wait for the light because receiving a reward and praise from their parents is extremely satisfying.

This is an incredibly effective strategy. An added bonus is that some of these clocks are customizable, so you can let your kid pick the colour that tells them it’s time to wake up, which also creates added buy-in from your littles. (Plus, for those brief shining moments when you turn on the clock, you still feel like you have an ounce of control left as a parent. And that’s worth something, right?)

Please know that no matter what, this will, eventually, rectify itself. Even if you do absolutely nothing, your child will eventually get used to going to bed an hour later and eventually wake an hour later as well. It will take anywhere from 2 to 4 weeks (sorry!). These instructions are here to help speed up the situation in your household if that’s what you want, but if you just don’t have the energy to put any of this into action, that’s totally understandable and totally fine. It will all work out.

The post What to do if you didn’t prep for the time change at all appeared first on Today’s Parent.